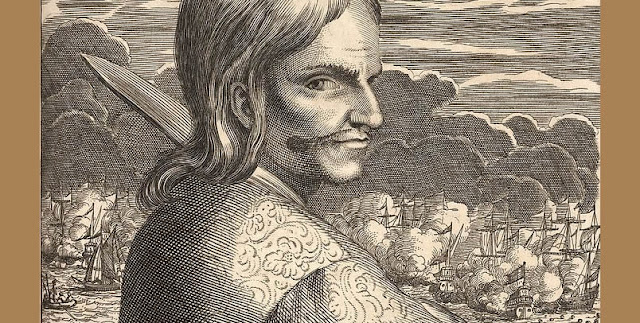 «Another bold attempt like this, nor less remarkable, I shall also give you. A certain pirate of Portugal, thence called Bartholomew Portugues, was cruising in a boat of thirty men and four small guns from Jamaica, upon the Cape de Corriente, in Cuba, where he met a great ship from Maracaibo and Carthagena, bound for the Havana, well provided with twenty great guns and seventy men, passengers and mariners; this ship he presently assaulted, which they on board as resolutely defended. The pirate escaping the first encounter, resolved to attack her more vigorously than before, seeing he had yet suffered no great damage: this he performed with so much resolution, that at last, after a long and dangerous fight, he became master of it. The Portuguese lost only ten men, and had four wounded; so that he had still remaining twenty fighting men, whereas the Spaniards had double the number. Having possessed themselves of the ship, the wind being contrary to return to Jamaica, they resolved to steer to Cape St. Anthony, (which lies west of Cuba,) there to repair and take in fresh water, of which they were then in great want.

Being very near the cape above said, they unexpectedly met with three great ships coming from New Spain, and bound for the Havana; by these, not being able to escape, they were easily retaken, both ship and pirates, and all made prisoners, and stripped of all the riches they had taken but just before. The cargo consisted in one hundred and twenty thousand weight of cocoa nuts, the chief ingredient of chocolate, and seventy thousand pieces of eight. Two days after this misfortune, there arose a great storm, which separated the ships from one another. The great vessel, where the pirates were, arrived at Campeachy, where many considerable merchants came and saluted the captain; these presently knew the Portuguese pirate, being infamous for the many insolencies, robberies, and murders he had committed on their coast; which they kept fresh in their memory.

The next day after their arrival, the magistrates of the city sent to demand the prisoners from on board the ship, in order to punish them according to their deserts; but fearing the captain of the pirates should make his escape, (as he had formerly done, being their prisoner once before,) they judged it safer to leave him guarded on shipboard for the present, while they erected a gibbet to hang him on the next day, without any other process than to lead him from the ship to his punishment; the rumor of which was presently brought to Bartholomew Portugues, whereby he sought all possible means to escape that night. With this design he took two earthen jars, wherein the Spaniards carry wine from Spain to the West Indies, and stopped them very well, intending to use them for swimming, as those unskilled in that art do corks or empty bladders. Having made this necessary preparation, he waited when all should be asleep; but not being able to escape his sentinel's vigilance, // he stabbed him with a knife he had secretly purchased, and then threw himself into the sea with the earthern jars before mentioned; by the help of which, though he never learned to swim, he reached the shore, and immediately took to the woods, where he hid himself for three days, not daring to appear, eating no other food than wild herbs. 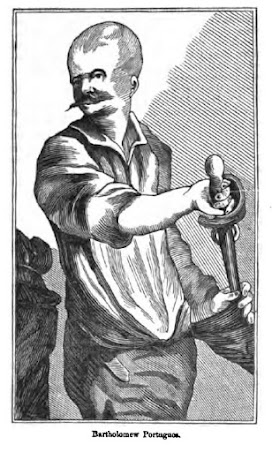 Those of the city next day made diligent search for him in the woods, where they concluded him to be. This strict inquiry Portugues saw from the hollow of a tree, wherein he lay hid; and upon their return he made the best of his way to Del Golpho Triste, forty leagues from Campeachy, where he arrived within a fortnight after his escape; during which time, as also afterwards, he endured extreme hunger and thirst, having no other provision with him than a small calabaca with a little water, besides the fears of falling again into the hands of the Spaniards. He ate nothing but a few shell fish, which he found among the rocks near the sea-shore; and being obliged to pass some rivers, not knowing well how to swim, he found at last an old board, which the waves had driven ashore, wherein were a few great nails; these he took, and with no small labor whetted on a stone, till he had made them like knives, though not so well; with these, and nothing else, he cut down some branches of trees, which with twigs and osiers he joined together, and made as well as he could a boat to waft him over the rivers. Thus arriving at the Cape of Golpho Triste, as was said, he found a vessel of pirates, comrades of his own, lately come from Jamaica. 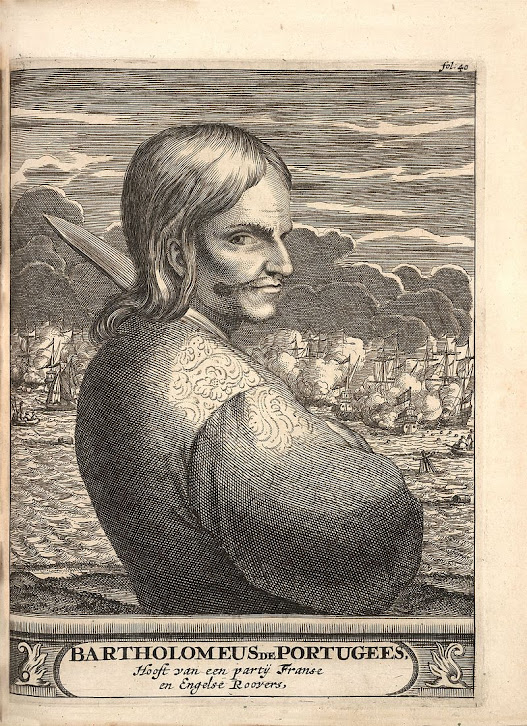 To these he related all his adversities and misfortunes, and withal desired they would fit him with a boat and twenty men, with which company alone he promised to return to Campeachy, and assault the ship that was in the river, by which he had been taken fourteen days before. They presently granted his request, and equipped him a boat accordingly. With this small company he set out to execute his design, which he bravely performed eight days after he left Golpho Triste; for being arrived at Campeachy, with an undaunted courage, and without any noise, he assaulted the said ship. Those on board thought it was a boat from land that came to bring contraband goods, and so were in no posture of defence; which opportunity the pirates laying hold of, assaulted them so resolutely, that in a little time they compelled the Spaniards to surrender.

Being masters of the ship, they immediately weighed anchor and set sail from the port, lest they should be pursued by othet vessels. This they did with the utmost joy, seeing themselves possessors of so brave a ship; especially Portugues, who by a second turn of fortune was become rich and powerful again, who was so lately in that same vessel a prisoner, condemned to be hanged: with this purchase he designed greater things, which he might have done, since there remained in the vessel so great a quantity of rich merchandise, though the plate had been sent to the city. But while he was making his voyage to Jamaica, near the Isle of Pinos, on the south of Cuba, a terrible storm arose, which drove against the Jardines Rocks, where she was lost ; but Portugues with his companions escaped in a canoe, in which he arrived at Jamaica, where it was not long ere he went on new adventures, but was never fortunate after.» 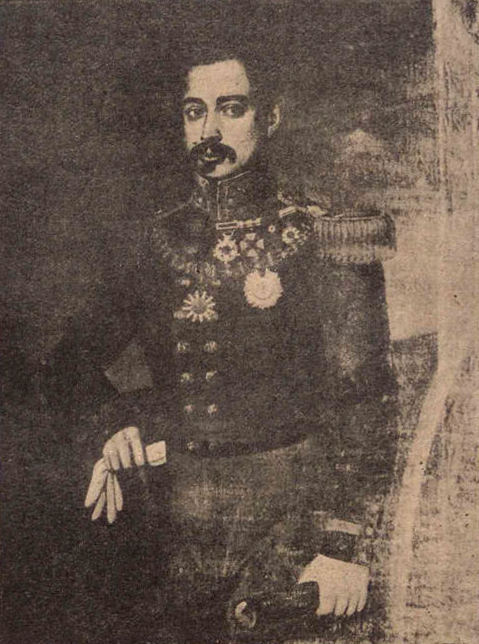